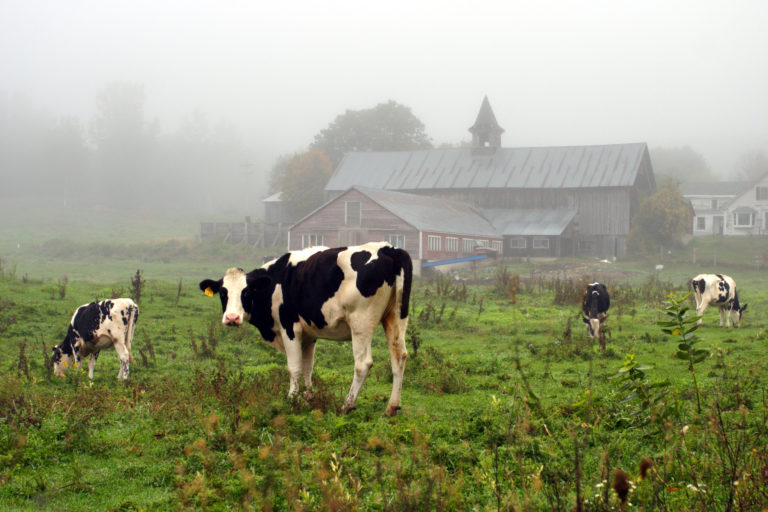 The period from 1756 to 1774 marking the rise in population of Kent to a figure of 1996, nearly the highest point ever attained, was one of hardship. Following the opening up of the "Western Wilderness" of Connecticut, settlers had been pouring in for twenty-five or thirty years from all sides from the towns of Norwalk, Stratford, Tolland, Canterbury, Hebron, Lebanon, Stonington, Colchester and others, although some did not come in until a little after that date.

There were covered wagons over forest trails by day, and campfires by night to keep the wild beasts at bay. Lonely graves were left along the way, and husky new infants came through triumphantly.

Roads were gradually being developed, lines of inter-town communication improved. In time tales of growing oppression of the British inflame the restless ambitions of the young men of the second generation, who were perhaps becoming less enamoured of the back-breaking and endless rocks of the beloved "rocks and rills" of their fathers. They could not share the gratified sense of achievement of their parents.

The declaration of war offered them their opportunity. Many young men left Kent and some of them did not come back. A few were left on the battlefield probably and some, after hasty farewells to their families, pushed on to the west - Pennsylvania, New York State, Ohio, the new wilderness.

Philetus and John, sons of John and Mary Ransom Swift, went to the Revolutionary War, and then, after fighting the Pennamite Wars, went on into New York State, founding Palmyra, New York. Mrs. Hugh Tyler is descended from Rhoda Payne, the first white child born in Kent (Warren). Rhoda married a Strong, and her son (perhaps it was) "went west." There must have been others. In 1787, Kent severed its political connection with East Greenwich, as well as a part of Washington, and in so doing suffered considerable drop in populations.

Miss Agnes Strong, writing the history of Warren, says "it has been somewhat accurately ascertained that 2837 have emigrated from among us in that time." She is referring to the 50 years previous to 1822. Kent figures enter into this before 1787, and probably with the general restlessness of the post-war period, the trend of emigration continued for some years. In 1826 the Kent Furnace was built just above the village, enlarged several times and finally in 1884.

In 1826, too, the furnace was built at Bulls Bridge. The authority quoted here, Mrs. Laura Newton, makes no mention of the early furnace of Jacob Bull, nor of others, smaller and earlier. At one time some two hundred men were employed in Bulls Bridge with sixty-one children in school. It was a common sight to see 21 ox teams in a procession as they plodded their way through the covered bridge into New York State.

The story of iron in Kent is much more interesting and detailed. This sketch only attempts to picture the vast numbers of men connected with it as affecting the population.

Where did they live, these 2001? There are still signs of habitation scattered around the town, communities long since abandoned. Woodinville, on Ore Hill was wiped out in the smallpox epidemic of the 1890's. Alder City on the west bank, at the foot of the old Skiff Mt. road, has one good house where once lived Benny Budnick and Matt Wean, of rattlesnake fame.

Some seventeen children were ferried across to Flanders School daily, at one time. Now, except for Benny's house, there are only a few overgrown cellar holes. Occasionally in an open field anywhere in the spring you see a flourishing and beautiful lilac bush, a mute sentinel guarding the spot where once lived a happy family with laughing children.

The railroad came through Kent in the early 1840's bringing a radical change in the iron business. Gone are the long processions of slow ox-carts to Poughkeepsie with the cast iron and returning with the ore. Ore from Salisbury, even from Richmond, Massachusetts was now brought directly to the siding by the Kent Furnace. With the elimination of most of the ox-carts, many of the laborers were perforce laid off, and with their wives and children left Kent to seek a living elsewhere.

South Kent School had its own farm, too. Phil Camp's family ran a farm on Camp's Flat Road (the back way to New Milford, through Merryall), and Phil's stories about growing up there are treasures.

The same railroad brought about the end finally, of the whole iron industry in Kent, when it became no longer possible to compete with the better facilities in Pennsylvania. In 1895, the Kent Furnace shut down, and with the blowing up of the dam, the old iron industry in Kent came to an abrupt and dramatic end. Population continued to drop. About that time, too, the smallpox epidemic took its heavy toll.

There are gaps in the above outline that would merit further study. The influence of the railroad is of vast importance. But that does not explain the fact that the downward curve begins some ten or fifteen years earlier. Was there a new wave of "Westward Ho" movement? Did the Gold Rush affect us? The whole tobacco industry flourished during the decline of the 1830-1930 period. Many of us remember those fields of even, healthy and beautiful tobacco plants everywhere, and in the season, not only in the fine well-built barns, but also in every ramshackle shed, if it were well-ventilated, hung the stalks, curing. Many pounds of tobacco were sold from Kent, but the industry seemed to have no effect in checking the decline in populations.

After 1910, and before 1930, we see a slight recovery. We have a small but healthy influx of Europeans, whose second and now third generations have helped swell the population and have brought new blood. The marked increase after 1930 is partly due to the depression, as some of the city's unemployed found home was a pretty good place to come to. A few years previously, artists and retired professional people began to discover the beauties of Kent, its unspoiled rural character.

The State Road brought its advantages. Fresh fruit and vegetables came from the city markets; Eugene Bull and Fred Chase acquired automobiles, the first in town. Many changes have come in these years but make no mistake, Kent has never lost its essential individuality. The newcomers in its society did not change the community. They had to wait for Kent to assimilate them. It used to be said that it took a thirty year probation period for the newcomer to feel accepted.

Times move a little faster, now, and too perhaps we are changing our Yankee suspicious nature a little. 1930 to 1950 shows a marked increase and there is no doubt but that 1960 will show a striking improvement. All this has meant a steadily increasing demand for services of all sorts. We have excellent doctors, two first rate dentists. (We need an oculist.)

Good hospitals are available. Modern homes are giving more work than they can do to local carpenters, plumbers, electricians, painters and decorators, all of whom do highly professional jobs, and are native sons of Kent, for the most part.

One sees Kent expanding in the natural course of events; more of the same sort of people, building the same sort of homes, creating more and more employment opportunities, in the healthiest way, sharing the good things of life. Except for disaster and misfortune, there need be no poor in Kent.